Gone are the days when consoles ruled the gaming world and all you needed was a good, sturdy controller to survive. With the emergence of powerful gaming PCs and the rapid increase in the number of games that are available to play across all platforms—from consoles to desktops to laptops—a gaming keyboard has become a staple in the arsenal of serious gamers.

The Alienware Pro Gaming Keyboard AW768 is positioned to compete against Logitech’s G920 Orion Spectrum and Corsair’s K65 LUX in this market. Does it have enough to beat the competition? Let’s find out in the review below. 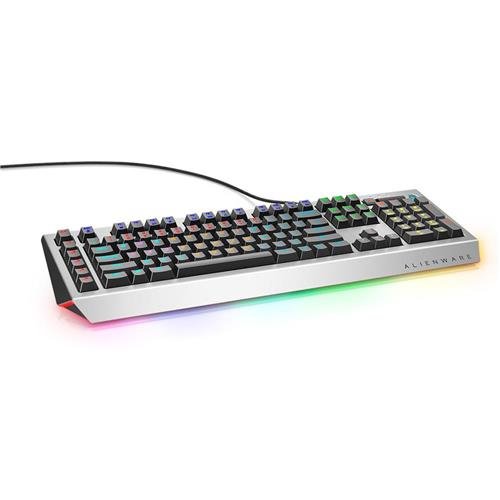 Alienware,  subsidiary of Dell, made its name from its high-end gaming laptops that are made only with premium parts. Now, years later, Alienware is joining the gaming keyboard race and hoping to get a foothold in the market against big names in gaming peripherals like Logitech and Corsair.

The AW768 is designed to be the Alienware flagship gaming keyboard. One would think that this move is long overdue since the company made its name from making and selling high-end gaming laptops. Looking at the price, the AW768 is one of the cheaper gaming keyboard options from among the crowd of gaming keyboards out there. Alienware likely decided to make the price lower to get their product introduced to the gaming peripheral market better.

Who is this keyboard meant for?

If you're looking to enhance your gaming experience, then you should consider investing in this keyboard. It is very responsive and is great for gaming, as well as for general use.

The keyboard casing is made of metallic silver faux metal. This has the advantage of being lighter than the competition but in the world of gaming where every advantage is needed to ensure success, a plastic option might not really appeal to serious gamers when the competitions’ offerings are made of aluminum chassis. On the bright side—pun intended—the metallic silver color of the chassis is reflective, and this helps accentuate the colors of the LED backlighting.

The AW768 steep angled front makes it very uncomfortable for prolonged use because it places the wrists on a very deep angle against the user’s hands. Alienware does make available an optional add-on that makes the keyboard more comfortable to use but adding this cost to the initial cost of the keyboard makes its price less attractive. Especially compared to the price of the competition that is ready to use out of the box without the need to purchase add-ons to make their keyboard more comfortable to use. Another downside of its design is that it is not waterproof or water-resistant.

Backlighting has become a regular in gaming keyboards so that most gamers will not consider a keyboard a gaming keyboard unless it features a form of backlighting. All things considered, backlighting makes it possible to play with the lights in your room turned off. Plus, some more advanced backlighting allows players to mark the important keys to be used during the game to make it easier to spot the correct keys in the heat of a game.

The AW768 has improved from its cheaper cousin—the AW578—because it features 16.5 million LED colors for its backlighting. This is completely programmable through the software. The software also includes some built-in preprogrammed LED lighting effects that can easily be integrated into any of the custom profiles.

Macro and Other Keys

The AW768 comes with five programmable keys that remind you of the Corsair K55 gaming keyboard. They are positioned at the same location on the left side of the Tab and Caps Lock area. These keys can be programmed using the software or through the toggle macro record key on the uppermost left-hand corner of the keyboard.

Additionally, the AW768 has an Fn key that functions the same way as the Fn key on most laptops. This is a strange feature for a gaming keyboard because of its location on the right-hand side of the spacebar replacing what is usually the Windows key between the right Alt key and the menu key. This positioning is awkward for gaming because this practically makes the Fn key a right-hand combination key and this makes it as useless as a right Ctrl or the right Alt for gaming because the right hand is usually busy with the mouse.

There are no dedicated media keys on the AW768. This is where the Fn key will likely be mostly used for—to access the merged media keys located on the F9 to F12 keys.

The AW768 includes a volume rocker located on the upper right-hand side of the keyboard. Beside the volume rocker on its left is a mute key. This design is very similar to the mute button and volume rocker on a lot of Corsair keyboards - most of which are made of aluminum. The rocker itself is not smooth and feels like a mouse wheel.

The switches are Kailh Brown switches. This is an odd choice for an Alienware product for three major reasons.

Second, these Kailh Brown switches require an operating force of 55 cN and pressing these keys multiple times per second over extended periods of time can be too hard on most gamers and this can easily cause muscle strain on the hand. In contrast, Red switches only require 45 cN operating force. When designing a keyboard for gaming, you’d want switches that require less force to operate to lessen the strain of gaming for hours.

The third reason is that Kailh switches are known as cheap, Chinese clones of Cherry MX switches. This is an unexpected choice from a company that is known for using only the best parts for its products. If you want high-quality switches to ensure flawless gaming for hours, you should always go for Cherry MX switches.

The software is easy to use, and it helps extend the functionality of the keyboard. The AW768 has three profiles that can be customized and switching through these profiles can be done from the Alienware key located on the uppermost right-hand side of the keyboard.

The backlight can also be customized through the software and these can be integrated into any of the three profiles. The software can also be used to update the firmware of the keyboard.

Unfortunately, the software is lacking when it comes to features that have become standard on most gaming keyboards.

In order to switch from one profile to the next, a keystroke is necessary. Compared to other gaming keyboards within the same price range, these can be programmed to automatically switch profiles when a specified game or software is launched. And while the AW768 is limited to only three profiles, similarly priced gaming keyboards can have an unlimited number of custom profiles saved on their software. 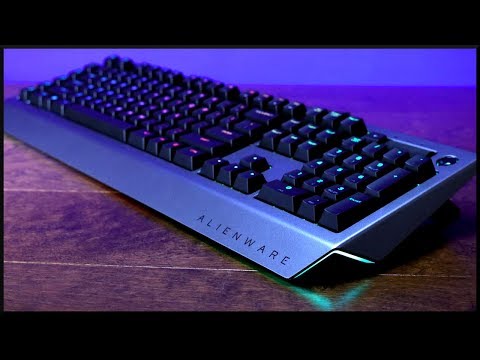 While this keyboard might be easy on the pocket, the features that are needed for professional PC gaming are lacking. The surprising part is that it doesn’t come with a wrist rest which should be a basic giveaway along with the keyboard. Instead, you have to buy it separately online.

An alternative is the Razer Cynosa Chroma. Although it is a membrane keyboard, it does come with the full RGB power and full per key RGB illumination.

Overall, after considering all the details on this Alienware Pro Gaming Keyboard AW768 Review, if the price is a major deciding factor for getting a new gaming keyboard, there are alternatives that are on the same price range as the AW768 and they offer a better build and better features. One of the only likely reasons for getting this keyboard is if you want a matching Alienware keyboard to your Alienware gaming setup. Other than that, there are better options out there for the same price.